This Song Is “Priceless” 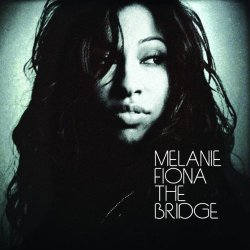 For all of you who slept on Melanie Fiona’s first CD The Bridge, shame on you. Sadly, I’m one of you. I came around this summer, but it was too late, and the project is done from a promotion standpoint. One missed opportunity of epic proportions is that “Priceless” was not a worldwide #1 hit. You would think that I wouldn’t want to go that far out on a limb, but it’s the truth. “Priceless” checks all the boxes for a classic soulful pop tune that should be catapulted up pop charts all over the world, but it only saw a limited release and promotion in North America. Enough of my praise, though. Time to put my money where the music is.

With all of the music that’s out there right now, you would think I could let go of an album cut, but this song keeps rising to the surface, begging for attention. Melanie has been keeping busy in advance of her sophomore CD The MF Life dropping in 2011, including an appearance on John Legend and the Roots’ “Wake Up Everybody,” which seems very appropriate. Wake up, everybody. Melanie Fiona is not going anywhere, so you might as well just give in now.

7 comments on “This Song Is “Priceless””