Ne-Yo, Ne-Yo, Ne-Yo…we had an idea that this would come out about you. Don’t ask me how I know…maybe it was just a glance you gave us, perhaps it’s the way you carry yourself, and possibly it’s even something you said that lead us to read into things a bit deeper than we should have. No matter, though. Apparently, it’s all true.

Ne-Yo was known as Shaffer Smith when he was born in 1979, despite what many websites will cite as 1982. (See…TMZ is good for SOMETHING!). Giving credit where it’s due, his mom really helped influence his musical direction, giving him albums like Stevie Wonder’s “Hotter Than July” and Michael Jackson’s “Off the Wall” to help him find his voice. Apparently, he’s a good study, since it’s becoming more and more clear that Ne-Yo’s got the goods to assume the “King of Pop” mantle.

My first “attraction” to Ne-Yo was in the form of Marques Houston’s “That Girl”, which was a pretty good indicator of what was to come. A minor pop and R&B hit, the single helped raise Marques’s profile a bit, but was just a slight breeze compared to the tornado that Ne-Yo was about to unleash. That force of nature was Mario’s “Let Me Love You”, which Ne-Yo co-wrote, and spent nine weeks at #1 at the beginning of 2005. (Has it really been that long?) From there, the hits kept coming…”Unfaithful”, “Irreplaceable”, “Gallery” were all hits in 2005 and 2006. Not as well known, though were all of the songs that he wrote for a minor boy band called Youngstown in 1999 and 2001. It’s probably safe to say that he can leave those tracks off of the resume now. 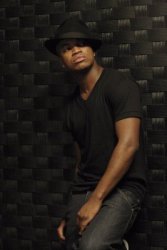 2006 also saw his first CD, “In My Own Words”, released, which resulted in his first number one album, along with the #1 single “So Sick”, #7 “Sexy Love”, and #15 “When You’re Mad”. He repeated the CD feat in 2007 with “Because of You”, supported by the #2 single “Because of You”. While this record didn’t sell quite as many copies as the first one (1 million vs 1.6 million in the US alone), that’s still not a bad chart record. His profile kept rising, though, because of the writing and production that he was doing for other folks, including top 10 records with Rihanna, Fabulous and Plies. And don’t forget his appearances in Stomp the Yard and Save the Last Dance 2 (oh wait…I already have).

To say that expectations are high for “Year of the Gentleman” is to be way too obvious. At this point in an artist’s career, you’re either going to have the massive breakthrough, or you’re going to slowly slide off into oblivion (can you say Tevin Campbell?). Single #1 sure didn’t get off to a strong start…”Closer” languished for quite a while, only got as high as #21 on the R&B chart, and was already starting to slip down the Hot 100 when a strange thing happened. Buy.com started promoting the release of his CD “Year of the Gentleman”, which had already been pushed back due to the seemingly dead single, and they did it by using a clip of “Closer”. For those of you who haven’t seen the video, it’s one of the most visually striking clips of this year, simply using shades of black and white, and a whole lot of dancing (by Ne-Yo) and gyrating (by a lot of women). In what I would call a very rare occurrence, the single not only stopped it slide, but began climbing again, and has gotten as high as #8 on the pop chart. There’s a good chance that within two weeks, the song will be the number one record at pop radio. With hindsight, I would say that the choice to push back the CD was a pretty wise one. Look for it to be his third straight #1 debut.

So what do I think of it? Well, I almost called this entry “Son of ‘Dangerous'”, because I really feel like this record resembles Michael Jackson’s “Dangerous” in a lot of ways. There’s a diversity here that some R&B artists attempt, but never pull off convincingly. Ne-Yo gets it, though. A song like “Back To What You Know” incorporates an acoustic guitar that wouldn’t be out of place on a Daughtry record, but it never loses Ne-Yo’s personality, with a shuffling beat that keeps it grounded. Anyone hear shades of “Dirty Diana” in this one? Stand out track “Fade Into the Background” grabs a beat similar to “Blood on the Dancefloor”, and “Nobody” is pre-“Thriller” Michael at its best.

So why the comparison to “Dangerous”, if all of the songs cited sound like tracks from other albums? Well, in my opinion, “Dangerous” did what “Thriller” never did, and that was to show us a consistent picture of MJ. “Year” does the same thing for Ne-Yo, without the heightened expectation of how you follow up a historic record like “Thriller”. As a result, so much of this record comes off as effortless, and I have no doubt that there will be at least five singles off the disc. 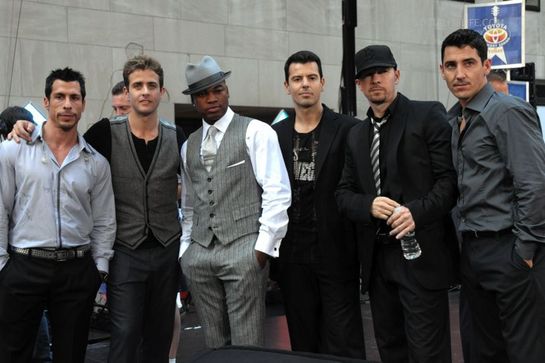 Unfortunately, one of the current singles is heard in a different form on “Year”. “Single”, currently climbing the pop charts with New Kids, is in a non-NKOTB form here, and (am I really going to say this?) it suffers because of the omission. The beefed-up harmonies and (shoot me now) Donnie Wahlburg’s rap at the beginning actually works, but in the Ne-Yo only version, the replacements just fall flat. Also not up to par is “Stop This World”, which comes off kind of sappy, like MJ’s “Will You Be There”. As a whole, though, this is Ne-Yo’s most cohesive record, and it’s going to get a lot of play on my iPod in the next few weeks. If he’s positioning himself for Michael Jackson’s throne, it won’t be long before the coronation occurs.