A Few Words with Tino Coury 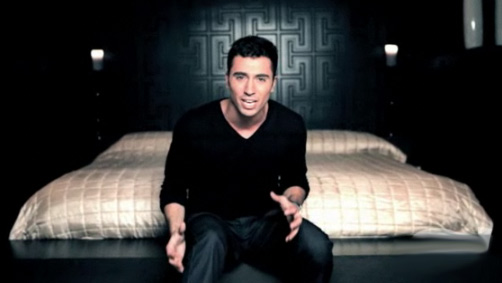 One of the cool things about being a diehard music fan is seeing how an artist builds buzz among other music fans. Such is the case with Tino Coury, who I originally featured back in March of this year when his single “Diary” first hit the scene. Two months later, and Tino has a single on iTunes, a decent-budget video, and a whirlwind radio tour that looks to morph into a summer concert tour. In the midst of all the touring and promotion, he took a little time to field a few questions about what the immediate future looks like, along with his ambitions for his career.

Pop Music Notes: First off, congrats on the single. How does it feel to know that you have a single on a major label that’s officially going up for sale on iTunes on the 4th?

Tino Coury: Thanks so much! It feels so amazing…I put a lot of work in… and to finally have that chance to launch my first single is unbelievable. I feel very blessed.

PMN: What’s the plan for you leading up to your album being released later this year?

TC: I plan on doing a lot of shows this summer. I will promoting my single “Diary” and performing a lot. I am very excited to get in front of my fans and start doing shows!

PMN: Here’s the inevitable question. Is “Diary” from real life, or is it just really good storytelling?

TC: My inspiration for the song came from real life experiences, and seeing other people go through the same situation. In todays world no one picks up the phone anymore, everything is in writing, text/email/ etc. I think everyone has seen something in writing they didn’t expect to see before. So I think everyone can relate to it.

PMN: What’s the rest of the material on the album going to sound like? Any producers or co-writers you want to mention?

TC: What I try to keep consistent throughout my album is having a great story people can relate too, but a great beat you can dance too at the same time. There has to be meaning. Like the combination in “Diary”… but with some more live instruments, and ballads, etc. A lot of depth and variety for sure!

PMN: If you could model your career on anyone that’s come before you, who would it be?

TC: It would have to be Justin Timberlake. I think he is an amazing performer/entertainer. And a great songwriter. I went to his Future/Sex/Lovesound tour and it was honestly amazing. If I can sell out arenas like that one day that would be a dream come true.

PMN. Do you have any long-term ambitions besides music?

TC: Right now my full focus is music and I set a lot of goals for myself within the music industry. I never thought about trying to do anything else!

PMN: Thanks for taking the time to talk with us, and good luck with the single. Any final words for those who haven’t quite been won over by “Diary”?

TC: Def keep checkin back for more songs/updates cause I am much more then just one single. I think that I bring a lot of elements to my music that has not been shown yet. Don’t give up on it just yet!

5 comments on “A Few Words with Tino Coury”