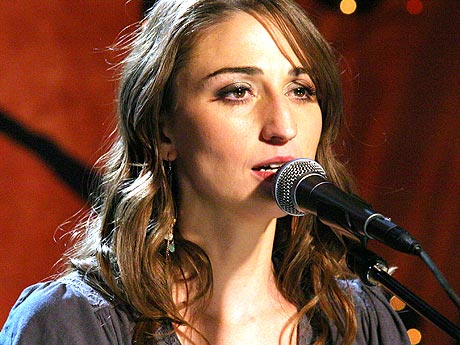 Well, not exactly showgirls…more like shows.  In Denver!  In the span of a week, Sara Bareilles, Maxwell, and Jason Mraz are all playing shows, and I must go see all three!  About an hour ago, I got tickets for the mezzanine of the Paramount Theater for Sara (with Marc Broussard opening) on October 20th.  The funny thing is, I resisted Sara for a while, but Mr. Moody wore me down, and now I’m a big fan.

This string of concerts is long overdue, as I’ve had quite a drought from live music here in Lansing.  My only concert in the past year was Annie Lennox in Detroit, which I enjoyed, but wasn’t exactly the stuff of legends.  Most of the shows that I’ve wanted to see recently have passed through Chicago or Toronto, but unless you’ve got a day to invest in that round trip journey, it’s just not feasible.  There’s no doubt in my mind that I will be making up for lost time over the next couple of months.

Of the four artists listed above, I have only seen Maxwell live.  That show was a blast, with Angie Stone opening.  He worked that crowd, and the ladies were just losing their minds over him.  Oh yes, panties were thrown.

Turns out, a kindred spirit by the name of Marissa was also at that show, but we didn’t know each other at the time.  I’ve already made arrangements to see this show with her, and we’ll get caught up like we normally do.  She’s a blast to see shows with, and our last outing together was the Sugar Water tour with Erykah Badu, Jill Scott and Queen Latifah.

The wild card show for me is Mraz.  I actually have all of his regular-release CDs, and I do consider myself a fan, but this will be my first show.  Jason makes Denver (and Boulder) a regular stop on his tours, and the fans love him long time.  (With the occasional skin shot like the one to the right, who wouldn’t?)  No matter what your image of what Denver is all about, Jason embodies it for me.  Chill, laid-back, funky, eclectic…all of those qualities are what I love about Denver, and the same goes for Mr A-Z.  Add in some actual intelligence and social relevance, and you’ve got a winning combination.

Jason’s playing the Fillmore Theater on October 27th, and it will be a blast.  I will probably hang toward the back, given that this is a general admission show, but you never know.  Wading into the masses is never fully out of the question.  I’m a man of the people, you know.