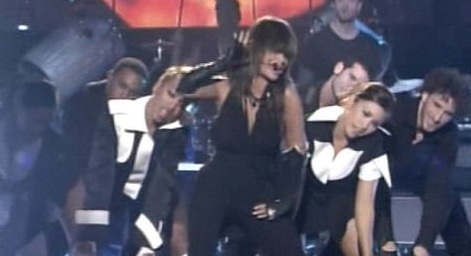 No, this won’t be a tribute to Ms Abdul, although wasn’t she supposed to have a record out right about now? If there was a good time for her to release some happy dance music, now would be the time to do so. In the face of hard economic times, there are two types of music that really seem to do well. Anything that reminds the listener of a better time (aka oldies) start popping up more, so expect an upswing in “80s and 90s weekends” on your local Adult Contemporary station. In addition, dance music seems to do better in these times, and I think that may be slowly working itself out.

Case in point: the dance opus “Blackout”. (Why does everything come back to Britney this week?) Yes, it’s the least successful Britney CD saleswise, and I’m sure that part of that has to do with leaks and downloads, but if you look at the single releases, they were collectively more successful than “In The Zone”. Britney’s only had one hit bigger than “Gimme More”, and that’s “Baby One More Time”, her only #1. What’s the common theme of the singles on “Blackout”? It’s dance music, bitch. 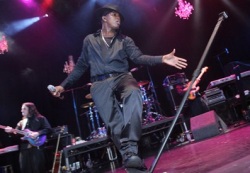 A month ago, I found myself at 3 am slightly intoxicated at Charlie’s in Chicago, hanging with a good friend who was on the make. After a year of living in Lansing, it was great to be in a big-city club playing big boy music, and I was just taking it in. The music was bangin’ all night, but when “Closer” came on, the place really lit up, and I found myself on the dancefloor by myself for the one and only time of the night. There was something so liberating about that 7 minutes or so of escapism through dance, and I reveled in it. Gone were the worries about the upcoming move, the pending unemployment, and the final cords being cut on a long-term relationship. In their place was joy, exhilaration, and celebration.

Dance music has power, and it’s that power that draws people to it in times of despair and crisis. The mental, emotional, and physical release can be healing.

Of course, I look at this as an American, where dance music seems to seep its way underground more often than not, but this is the same country that rallied behind “disco sucks” in the late 70s. I am often jealous of my counterparts in other countries who enjoy dance music in the mainstream on a regular basis. If all goes according to plan, though, the US will be experiencing a dance renaissance not seen since the mid 90s, when tracks from the likes of Real McCoy, C+C Music Factory, La Bouche, Haddaway, and Crystal Waters were ruling the airwaves. I leave you with a video that arguably represents that period better than any other.