Sunday I mentioned that David Cook would be on Saturday Night Live on November 1st, and how that could be a big boost to the release of his self-titled debut CD. While an appearance on SNL doesn’t necessarily guarantee sales, it’s been known to happen. Back when I was a record store manager, it wasn’t unusual for customers to come in the following Monday saying “I don’t remember their name, but they were on Saturday Night Live this week, and I can’t get their songs out of my head.” Even repeats of the shows that featured up-and-coming artists would generate interest.

Case in point…Adele. Talk about a lucky girl! SNL gets its highest ratings in 14 years, and Adele gets a #1 record at iTunes. Look for a HUGE jump on the Billboard album chart this week. I wouldn’t be surprised if more radio stations don’t start adding “Chasing Pavements” or “Cold Shoulder” in the next week as well. Part of the beauty of the digital age is that the consumers can make their voices heard immediately, rather than the next business day. 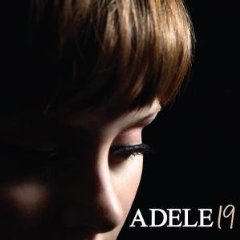 For those of you not up on Adele, shame on you! This is a record that I picked up in February, and that’s never been fully out of rotation since. “Chasing Pavements”, “Hometown Glory”, “Make You Feel My Love”…the record just has an amazing depth for a 19-year-old who is soulful well beyond her years. The fact that she hasn’t broken through doesn’t surprise me, as I have become used to this type of disappointment over the years. The injustice of Five Star not becoming massive in the U.S.! “China In Your Hands” not a hit! Liberty X can’t cross over! The British carnage along the U.S. highway of success fills two landfills.

Interestingly enough, Adele came out recently and conceded that the chances of “Chasing” making it big in America appeared to have been reduced, thanks to an online prankster. Seems someone has taken to posting on websites like Urban Dictionary that “pavements” means “buttocks”, and that “chasing pavements” means that you’re after some…buttocks. Says Adele:

“Because of that some radio stations in the States wouldn’t play it. The guy wrote it on the Urban Dictionary website, which I’ve used for years and ‘chasing pavements’ was never on there as a slang term before.”

Honestly, if someone had come up with this translation without Adele suffering consequences, I would think it was pretty clever. All I can feel at the moment is disappointment, but hopefully this “breakthrough” on Saturday will help overcome that issue and give Adele the success she deserves. Having said that, Adele probably has a good reason for failure to have some consolation:

“I don’t like flying. I hate it, and I don’t want to start taking Valium, so I’m not going to get over there much.”

Adele’s CD is on sale at iTunes and Amazon. Pick it up here or here.