Give Me the Chance To Get It Right 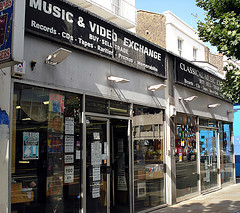 It’s funny how different groups of friends will ask about different aspects of the London trip. Work folks tend to ask about monuments and sights, family asks about the quality of the trip and whether I enjoyed it, and blogger friends ask about what I bought at the record shops.

Following XO‘s lead, I headed out to Notting Hill on Wednesday to do a little shopping and check out some of the used bins. Two hours later, and I hadn’t even begun to make a dent in Music and Video Exchange’s selection, but I definitely found some good stuff. Friends in London asked what I did with my Wednesday, and I could tell they were disappointed by my answer, but I haven’t had a bin dive like that in a LONG time, and I really enjoyed it. 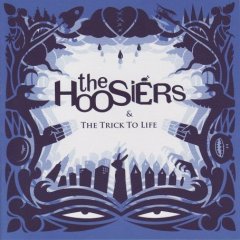 While it wasn’t my plan when I went in, I ended up finding CDs for other friends that I was going to give as souvenirs, instead of shot glasses or thimbles. One friend who is a huge ABBA fan is getting an Agnetha CD and a pre-success ABBA CD (“Ring Ring”). Another friend from Indiana will be receiving a Hoosiers CD. Those of you in the US should understand the joke; for those outside of the US, Indiana’s population is referred to as Hoosiers.

I didn’t really buy all that much for myself, and that was a little disappointing. Turns out I actually have a lot of what I want in terms of UK music, and if you don’t know what you don’t know on the remaining stuff, it is tough to find revelations in the bin. One CD that I did find and am thoroughly enjoying is the first Mr Hudson and the Library CD, A Tale of Two Cities. In listening to this, I understand what Kanye sees in Mr Hudson. In fact, while listening to “Picture of You”, I heard definite shades of John Legend in the delivery. This one will be in rotation for a bit.

So listening to A Tale of Two Cities got me thinking about the new Mr Hudson music that is supposed to be coming any time now. Turns out, it might be a bit closer than I thought. According to Kanye’s label blog, the video for “Supernova” was shot at the end of April, and the full-length is coming August 3rd. In addition, Mr Hudson is touring the UK starting this week. While a lot of my trip was brilliant, the fact that I didn’t get to see one show while in London was a little disappointing.

I thought I found an official version of the video, but it got yanked. Besides, XO should get to present the videos, as he’s the reason I found Mr Hudson in the first place. To hold you over, here is the audio clip of “Supernova”, which I think stands a decent chance of becoming a hit.

6 comments on “Give Me the Chance To Get It Right”