You can take that title multiple ways, but they all fit. The show’s in trouble, the contestants are in trouble, the whole thing’s a cluster. Where do I start? (Maybe by stating that there are spoilers here. Don’t read if you don’t want results.)

– How about America’s Next Top Drama Queen, Tatiana! If VH1 can hand out the title of Best Week Ever, then maybe we should award the Worst Week Ever to Ms. Del Toro. Despite the fact that she had moments of brilliance on Tuesday night (mixed in with moments of mediocrity), the judges who supposedly put her through to this round were completely SHOCKED that she could sing. She’s delusional enough to work around that, though. Tonight, on the other hand, was just downright cruel. American Idol truly slipped to a new low, as the producers held Tatiana out for the final judgment against Danny Gokey, who most have already pegged to make it to the top 2. The news had to be broken to her at some point, but the true cruelty was in following her emotional breakdown all through Danny’s repeat performance of “Hero”. It was just downright evil. Speaking of evil…

– Danny Gokey lost a LOT of points tonight. Anyone notice how smug and impatient he was while waiting for his coronation? He couldn’t have shown more contempt for Ryan if he had held a gun to Seacrest’s head and demanded to know the winner. Sorry, Danny, but there’s no editing of packages at this point of the game. The American public gets to see you, warts and all. On top of that, his closing performance of “Hero” was (to quote Simon from a few weeks ago) indulgent. Something changed between Tuesday and Wednesday nights, and I definitely don’t like it. 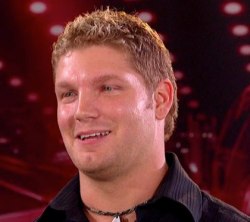 – America gets the whole picture. While there was talk that Anoop Desai was destined for Top 12 greatness, a buzz was also building for Michael (formerly Jeremy) Sarver. The fact that the vote was so close between the two of them shows that folks took into account the full history of their performances, because if the viewers hadn’t taken that into account, Ricky Braddy should have easily had Michael’s spot in the top 3. Chances are good that both Desai and Braddy will be back for the Wildcard round. 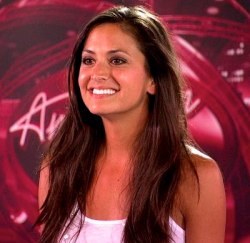 – You only get one shot. Jackie Tohn, Anne Marie Boskovich, and Brian Keith…it’s been nice knowing you. Anne Marie might make it back to the Wildcard round, but all three took major falls from contenders to also-rans based on one performance. And let’s not even get into the rest of the ladies. The guys really do have the upper hand this year, with the exception of Alexis Grace, who was miles away from her female counterparts.

4 comments on “Idols In Trouble”