– If you’re not on board the Marina and the Diamonds bandwagon yet, here’s your chance: “I Am Not a Robot” is the iTunes Single of the Week here in the US. The full-length is also released today, so if you haven’t checked it out, now’s a great time to.

– Tonight is the season finale for American Idol season 9, and you can hear the collective yawn around the country from people who really don’t care. I have gotten pulled in this past week based on Lee DeWyze’s version of “Hallelujah”, which by all rights should be retired and put out to pasture, but he does a great version of it. He’s definitely got a David Cook vibe, although I gather he will be a bit more like Dave Matthews in his own musical style. If you like the live version, I strongly recommend the studio version as well. 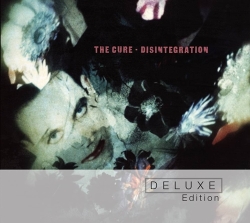 – June is going to be an amazing music month, with full-lengths from Robyn, Scissor Sisters, Crowded House, Christina Agui…oh, wait. No one seems to care about that one anymore. Anyway, my most anticipated release for the month is not anything current, but the 20th Anniversary reissue of the Cure’s Disintegration. I was convinced back in 1990 that I was “deep” because of my love of this record. I now know that it was more the vibe than the sentiment that I really related to, but that CD was played on more than a few late-night road trips. To celebrate, why don’t we take a look at what used to be one of their lesser known singles here in the US until it became a go-to track for Hewlett Packard, “Pictures of You”.