Posted by John on February 10, 2016
Posted in: interview, plug, upcoming. Leave a comment

Yes…yes I am. In fact, I’m feeling a bit inspired lately, so new posts will be forthcoming. The dilemma of country radio, the powers that be wiping out a whole generation of musicians in one fell swoop, and what I believe is the latest posting of 2015’s best songs are all coming soon. In the meantime, please check out the Constant Conversations podcast I recorded with Big Money. 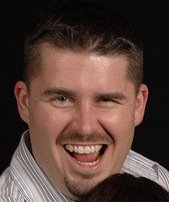 – First off, if you haven’t already done so, head on over Olga Loves Yuri to check out the chat I had with my blogger brother this week regarding the passing of Michael Jackson. I think it came out pretty well, and if all goes as planned, we will do some type of dialogue like this every week. There is so much going on in the pop music world, but sometimes it just doesn’t call for a full post. And it’s a good excuse for me to give Yuri hell. Simple pleasures…

– At Yuri’s prompting, I have become a fan of Popdose, which really does a great job of capturing pop culture at its finest. Their tributes to Michael Jackson have been outstanding, but I have been caught up in the posted series by Tom Werman, who signed and produced groups like Cheap Trick, Ted Nugent, and Molly Hatchet. Me being a music industry junkie like I am, it is difficult to walk away from the computer when there’s another entry of his waiting to be read. Also, it’s a great antidote to read about a decent A&R guy after having read Kill Your Friends while I was in London.

– Review of the David Cook show coming later today or first thing tomorrow morning. I got some great pics and video, along with ringing ears. You would think by now I would remember that this happens, but I’m so giddy when I get to a show that I don’t even think about it.

– Not sure what posts will look like this week with the holiday coming up. I’ve got a four-day weekend ahead, and between school work and threats of being kidnapped (details later), posting may be a bit light. In the meantime, I have homework to do! (I sound 12 saying that…need to work on the delivery.)

– Let me leave you with a bit of Shayne Ward goodness. Not sure how I missed this, but after having been obsessed with the Cadbury eyebrows commercial, this just cracks me up. Happy Sunday!

There are nights where I get home from work, and I lose a couple of hours just going through my Google Reader headlines (Yuri, you feelin’ me?). It’s such a brain drain, and I need to go through and weed out some feeds that only show a gem once in a while. One website that will never get the heave-ho is ItsTheReal.com, one of the most consistently funny places on teh Interwebs. Eric and Jeff Rosenthal don’t play favorites, making sure that anyone that’s anyone in hip-hop gets chopped and screwed. Check out an interview with Eric here, and make sure you watch this week’s clip down below.
Evolution 101 with Mr. West from jeff on Vimeo
BTW…Kanye’s “Paranoid” aired on Radio One this evening. If this is what the new CD is about, he’s topped himself once again. Un-freakin-believable!

Once again, I’m shilling for someone where I won’t see any benefit, but Amazon.com has a pretty amazing deal going on with their MP3 store. In an attempt to promote the business, they’ve been coming up with some amazing deals on full-length CDs. Recent deals included the new releases from Keane and Pussycat Dolls for only $2.99, and the Fergie CD for only $0.99. Yeah, I know…that’s about right on the value of Fergie, but you catch the drift.

Today’s deal is the deluxe version of Dusty Springfield’s “Dusty in Memphis” for only $6.99. They also have a LOT of free downloads, instead of the one or two that iTunes offers up every week. You do have to install an interface for the downloads, but that was pretty painless, and purchases there have been very easy. Overall, though, to get current music for less than $10 AND not have to worry about them being DRM tracks, Amazon is worth trying out.