It’s a tradition of mine to look back at some of my favorite songs of the year, and I really appreciate the feedback on the top pop songs that posted over the weekend. In addition to the main list, I’ve also made a dance tracks list for the past several years, which grew out of a friend asking for a playlist of my favorites. Since I would never want to kill a perfectly good tradtion, here are my top 20.

Next week marks the release of Brandy’s fifth CD, simply entitled “Human”. One would guess that there is some insinuation that Brandy Norwood IS just human, especially with the drama that her life seems to have attracted over the past couple of years. Management changes, fatal car wrecks, less-than-successful releases (“Afrodisiac”)…turns out that not everything she touches turns to Gold. I root for her, though, because I feel like she attempts to grow as an artist, rather than just sticking to a single formula. As far as I’m concerned, Brandy really doesn’t get the respect she deserves.

Single #2 from “Human” is the power ballad “Long Distance”, and I recently told someone that it’s as if she’s setting herself up for a European pop comeback, because the singles really seem to fit with what works over there. Whether that will translate into success here in the States remains to be seen, although there are positive signs. “Right Here (Departed)” continues to show a strong pulse at Pop radio, and “Long Distance” is off to a good start at R&B and Urban AC…

…which brings me to the video. The first half of “Distance” is simply beautiful. As I watched it, I thought “this is a great interpretation of the song”. Of course, the fact that the video impressed me that much means that I’m headed for a letdown, and I got it in spades. The video literally vomited all over itself, and just couldn’t recover from it. I promise you, if you watch the video, you’ll see what I mean.

– The big news this week is the debut of the “Twilight” soundtrack at #1, matching the achievements of “Juno” and “Mamma Mia” to become this year’s third #1 soundtrack. Too bad, so sad for “High School Musical 3”, although I’m pretty sure they will sell more total units than “Twilight” once all is said and done. Paramore’s “Decode”, which appears on the soundtrack, debuts on the Hot 100 at #34.

– Other debuts this week include Hinder at 4, Andrea Bocelli at 8, Brad Paisley at 9, Q-Tip at 11, and Sarah Brightman at #38, which leads several Holiday albums into the upper reaches of the chart. Faith Hill, Yo-Yo Ma, Harry Connick Jr, Amy Grant and Elvis are all looking for a piece of that fruitcake. “The Fame” plummets from #17 to 52, but that’s nothing compared to the 18 – 80 drop that Bloc Party takes with “Intimacy”.

– Folks, despite the burnout that we all may be experiencing out here in the blogosphere over Ms GaGa, “Just Dance” FINALLY secures hit status. It is #1 most added at Pop Radio this week, among the most increased played tracks of the week, and is the top debut on the Pop chart at #34. While the odds of this record going #1 are slim, since some stations have been on the record for a while, I would guess this one’s going Top 10 at the minimum. On the Hot 100, the track takes a big jump from 49 to 27. The full-length “The Fame” arrives in the U.S. at #17, with 24,000 units. That’s actually a pretty decent debut for a brand-new artist without a fully established hit.

– Speaking of the album chart, AC/DC remain at #1 with “Black Ice”, P!nk scores her highest debut yet with “Funhouse” at #2 (although she sold more her opening week of “Missundaztood”). At first, it looked like it might be a lower debut, as iTunes never showed the album higher than #4, but her sales were split between a standard release and a Deluxe Edition. Other notables include John Legend at #4, Snow Patrol at #9, the Cure at #16, and Bloc Party at #18. Country music gets back-to-back debuts at #5 and 6 with Toby Keith and Rascal Flatts.

– T.I. once again has the #1 single on the Hot 100, but we’re back to “Live Your Life” with Rihanna. This is getting as annoying as trying to get through a revolving door that a couple of bratty kids keep going around and around and around. “Whatever You Like” is at 2, “So What” moves back up to 3, “Hot N Cold” inches up to 4, and Beyonce drops to #5 with “If I Were A Boy”. 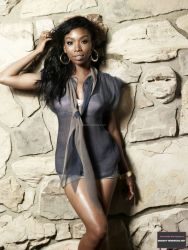 – Ms Knowles’s “Single Ladies” continues to push through the chart, up another 12 spots to #44. Other notable moves on the Hot 100 include John Legend’s “Green Light” finally shifting into drive and moving 47 – 31, and Brandy makes a move for relevance, as “Right Here (Departed)” moves 63 – 53. Her “Human” CD has been pushed back to December, but it looks like she might actually have a hit single to help promote it. I still don’t get the appeal of Jazmine Sullivan, but her second release “Bust Your Windows” also climbs 10 spots to #48.

– In one last bit of chart news, Rihanna debuts at #37 on the Pop radio chart with “Rehab”, while the group Rehab drop one spot to #39 with “Bartender Song”. Which only proves that I am, as you already suspected, a chart geek. In the immortal words of Casey Kasem, “keep your feet on the ground, and keep reaching for the stars.”

– If it’s a recession, then AC/DC must be number one. The boys from Down Under pick up their biggest sales week of the Soundscan era, and also the second biggest week of the year (behind Lil Wayne’s “Tha Carter 3”), with almost 800,000 copies of “Black Ice”. My initial skepticism of Wal-Mart’s ability to generate huge numbers on exclusive deals is fully debunked now, after seeing what they’ve been able to do for AC/DC, the Eagles, and Garth Brooks. In addition, the rock veterans also move close to 100,000 copies of their back catalog. 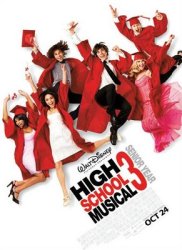 – In other album news, “High School Musical 3” does something that neither of its predecessors ever did: it debuts outside of #1. While it sells just shy of 300,000, that’s not quite enough this time around. Those kids have a #1 movie…what else could they want anyway? Someone who exceeds their previous best peak is Adele, who makes another strong jump from 46 to 11 with “19”. Her single “Chasing Pavements” is the top new entry on the Hot 100 at #82. In addition, the single climbs 19-17 on the Hot AC chart, and is one of the Most Added songs, with 8 new stations reporting airplay. Things are definitely looking up for Ms. Aerophobia making it here in the U.S. She has also rescheduled her tour here for the second half of January, and I have tickets to see her. She’s playing smaller theaters, but I have a feeling those shows will sell out pretty quickly.

– Speaking of radio, Most Increased Plays and Most Added goes to Beyonce’s “If I Were A Boy”, which is at #19 in its second week. Fueled by the release of a digital single, the track also zooms up the Hot 100 to #3. In most circumstances, this would be an amazing achievement, but in today’s chart world, where we see songs jump from #96 to #1 in the span of a week, Beyonce’s jump is just okay. Other notable jumps include Jason Mraz, who re-enters the top 10 at #10, and Lady GaGa, whose “Just Dance” FINALLY looks like it may become a hit, taking a 10-point leap to #49. At Pop radio, Mr A-Z gains another 850 plays to come in at #9, and Ms Bowie-Mercury is most added, with 16 new stations reporting airplay this week. Colby O’Donis may not end up a one-hit wonder after all! I commented last month that GaGa’s radio strategy seemed odd and ill-timed, but I may have to eat my words on that one, too.

– The highly-underrated “Right Here (Departed)” from Brandy debuts at #40 on the Pop chart, and is among the most added records this week, along with Mariah Carey’s “I Stay In Love”. “Stay” is a high point of “E=MC2” (and a personal favorite of the Fizz), and the video is surprisingly good, compared to some of the crap that she’s produced for her latest disc. There’s actually a coherent story to the video, and the black and white really works well here. It’s not necessarily a Video Notable, but when you’re comparing it to her recent output, it’s absolutely stellar. Judge for yourself: