This Could Be the Last of My Control 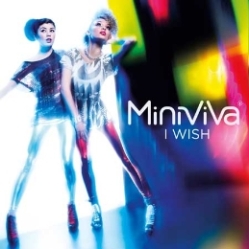 Popjustice posted a pretty brilliant remix of Mini Viva’s “I Wish” today, and I listened to it several times this morning as I was getting ready for work. One of the great things about YouTube videos is that they also show you related videos, and through this I discovered a live performance of “I Wish” from September. Witness the fun for yourself, and let me know what you think.

1. The girls can sing, can’t they?
2. Despite what some other bloggers might think, they are pretty cute.
3. A dance-pop group with a backing band? Revolutionary, I tell ya!
4. I want to hear the full version of this on a dancefloor, STAT!

In a somewhat related note, I heard a remix of Cheryl Cole’s “Fight For This Love” in a bar over the weekend. Pretty brilliant in that form, I must say.

With a big ol’ h/t to Scopitone Saturday, here’s the new Mini Viva video for “I Wish”. SS notes that there has been a buzz about the track being as epic as GA’s “Untouchable”, and while I agree it doesn’t quite hit that height, this is a pretty solid second offering from MV, and worthy of a near-comparison. Here’s hoping that they can keep up the output. We may be looking at the Saturdays of ’09.
Vodpod videos no longer available.

more about "Mini Viva – I Wish", posted with vodpod

The Songs of Summer

So here we are, almost two-thirds of the way through the summer, but in some ways, it just hasn’t felt like summer to me, with a full-time course load in school and a pretty stressful work situation. But the elements wait for no man, so I might as well embrace it, even if it is belated. Everyone seems hell-bent to identify the song of the summer, and I’m just as guilty of that practice, so without further delay, here are a few of the songs that have been keeping me jamming in the car, at the gym, and at my desk this summer.

– Jordin Sparks/”S.O.S. (Let the Music Play)” – On paper, it looks like a trainwreck just waiting to happen, but on my iPod, it’s pretty brilliant. Single #2 on Jordin’s first CD was the superstar duet, but this time around, it’s a cover of a dancefloor classic. We all know the base song from Shannon that Sparks is paying tribute to, but there’s an extra somethin’ somethin’ going on here to keep you coming back for more.

– Mini Viva/”I Left My Heart In Tokyo” – Thanks to Paul at Fizzy Pop for bringing this one to my attention. It only took one listen for me to embrace this Xenomania-produced duo’s contribution to the summer soundtrack, but it was the Mike Waterman remix that sounds like a dead ringer for Mel and Kim that brought it home. Is there ANY chance they will see an American release? Methinks not.

– The Gossip/”Pop Goes the World” – Duane over at duanemoody.com and I have been singing this song’s praises since Music for Men was released, and while I was initially disappointed that it was not chosen as single #2 (see “Love Long Distance”), I am encouraged by the fact that it could be used as the song to break the band wide open here in the States.

– Pitbull/”Hotel Room Service” – It has been my experience the past few months that I am pretty much on my own when it comes to Mr 305, but he keeps coming out with these kickin’ jams that sample some great ’90s dance music, so I will keep on flying the flag for him. This one finds him picking up on the Bucketheads jam “The Bomb”, and while I don’t need some of the more crude lyrics, it’s really all about the choruses, and they are awesome.