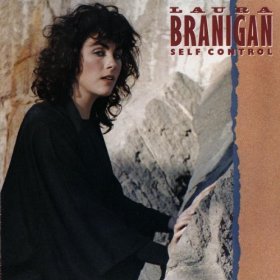 I have had a bit of a block on blogging the past week or so, and it has been compounded by the end of my toughest semester yet in school. In talking with Mike at Pop Trash Addicts the other day, Laura Branigan came up. (It’s Mike…that’s how he rolls.) Instantly, I had a flashback to 1984, and a junior high field trip to some American Revolution battleground (no clue which one) where we spent most of the day on a school bus. Of course, the music was the most memorable part of the trip.

To give you perspective on how obsessed I was with pop music at the time, I had snagged a small tape recorder meant for dictation and recorded songs from the radio on to it. That tape player accompanied me on my trip, with a single earbud that I listened to a grainy radio recording of my favorite songs at the time. Among those songs was Branigan’s “Self Control”, which ended up peaking at #4 later that year. While I am a bit foggy on the other music, I can give you a good list of what was definitely peaking my interests at the moment:

-Dan Hartman “I Can Dream Without You” – Good grief, I LOVED this song. If it is possible that there is an audio gaydar, I pretty much nailed it with Dan, especially since his “Instant Replay” is one of my favorite disco songs as well. Mom loved this track as well, and it began a long string of me bringing her songs that I knew she would love.

-Sheila E “The Glamorous Life” – In 1984, I was all about all things Prince, including proteges. Sheila E was the first one to really make an impact, with “Glamorous”, “Belle of St Mark”, and “Toy Box”, which wasn’t a single, but sure got a lot of play on my local college station. The video for “Glamorous” is nowhere to be found on YouTube, but here’s a super-secret live version.

-Cory Hart “Sunglasses At Night” – I know he had other hits, but Cory Hart will always be “Sunglasses”, despite his moving performance as a runaway in “Never Surrender”. You never do forget your first time, though, do you? (The original is blocked from embedding, but I found a remix that I really like)