Remember the 80s, when European acts stood just as much of a chance at charting in the US as native-born acts? That’s not quite where things are at right now, with 8 out of 10 acts in the Top 10 fronted by Americans, and a ninth (Drake) hailing from Canada. The sole European at the top of the Hot 100 this week is Jay Sean, who had to get signed to an American label to chart, features American rapper Lil Wayne, and hasn’t even hit the UK charts yet with his hit “Down”. In fact, you have to go all the way down to #57 to find an all-European act (Cascada). That’s pretty pitiful, but these things go in waves if you look back at the history of the American charts. So do the Europeans have any shots at making it big in the US any time soon? Well, maybe…

– Cascada is the obvious choice, because “Evacuate the Dancefloor” is quickly flying up the pop charts. While Lady GaGa moves on to single #4 with the darker “Paparazzi”, Cascada takes the RedOne formula and throws in enough of a twist (along with a killer chorus) to stand up on their own. Even H1N1 can’t stop this jam from reaching the Top 40, and I predict that it will follow “Everytime We Touch” into the Top 10. Here’s the Wideboys remix of the track.

– Sweden has a history of exporting pop stars for U.S. consumption, and Agnes Carlsson seems to have as good a chance as any others. “Release Me” is already getting some club play here, and the single was officially released in mid-August on Geffen Records. It’s not hard to see this single taking a similar climb to the top of the charts like Leona Lewis did close to two years ago.

– A month or so ago, I would have predicted that David Guetta would be on that list with “When Love Takes Over”, but after barely scratching the surface of pop airplay lists, the life of that single is all but over. In it’s place is “Sexy Bitch”, featuring Akon. “Bitch”, or “Chick” in a radio-friendly form, is starting to make a move, but is it the novelty of the song or the track itself that is pushing the popularity? The single has re-entered the Hot 100 at #92 this week, and the full-length is looking at a Top 50 debut, so we can only sit and wait to see what happens.

– Isn’t it about time for the Sugababes to attempt another run at the American music scene? On paper, they seem to have a formula for success, but “Get Sexy” will not be the single to do the job. Now, if the lead single is “About A Girl”, then there’s a chance that they might out-do the barely-Top 40 performance of “Hole In the Head”, which remains one of the great injustices of the past 10 years on the Hot 100. I posted “Girl” a couple of weeks ago, so I’m gonna post “Hole” instead. Ah, memories.

– Don’t you hate it when a song comes along that you can’t get out of your head, and yet you can’t buy it to throw on your iPod? For me, that song this week is the soon-to-be second single from the Sugababes entitled “About A Girl”, courtesy of Idolator. I am digging this one much more than “Get Sexy”, even though that single has kind of grown on me, too. Here’s a live clip from Birmingham last weekend: 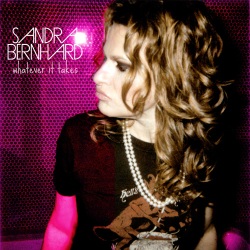 – Does it seem possible that Sandra Bernhard hasn’t released an album of new music in 15 years? Continuing to give credit where it’s due, Towleroad (and Modern Tonic) gave us a sneak peak of Sandra’s upcoming CD Whatever It Takes. Click through for a free sample of “All Around”, featuring Chrissie Hynde of the Pretenders.

– Why is it that great albums like The Saturdays’ Chasing Lights can’t get a release in the States, but a mediocre record that didn’t even do that great in England like Gary Go does? I love “Wonderful”, but the rest of it just doesn’t sound all that distinct.