Well, at the moment, Estelle’s giving it her all. Despite several points where it seemed like “American Boy” was losing steam, the song is now Top 10 on the Pop charts. However, the song isn’t even in the Top 50 songs of the Hot 100. What gives?

Remember that entry about Kid Rock and the Knockoff Single? (Sounds like some kind of old-time Western) Well, turns out that some of the folks at Warner Bros have been inspired by KR’s decision to not release “All Summer Long” as a digital single. They chose to pull Estelle’s “American Boy” off of iTunes, only allowing it to be sold as part of “Shine”. Well, the single plummeted from #11 to #37 in one week, and out of the Top 50 the following week. Meanwhile, the CD is showing about as much life as my grandfather on the couch after a Thanksgiving dinner. This week, “Shine” pushes its way up to #99. Not exactly a positive showing. 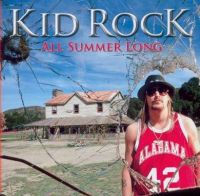 So what went wrong? If it worked for Pam Anderson’s ex, why wouldn’t it work for a fly girl from the UK? The answer, as it usually is in the music business, is probably in the demographics. Estelle’s track is a hip, urban, slinky jam, while Kid Rock’s is a double feature of classic rock samples: “Sweet Home Alabama” and “Werewolves of London”. While I’m sure there were kids that wanted the Kid Rock single, a lot of their moms and dads were probably into it, too. Those folks, having grown up in the prehistoric times where people bought CDs at the store, probably picked up the full-length at Wal-Mart or Target while shopping for school supplies, and the CD blows sky high. 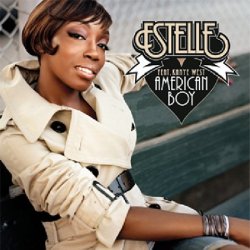 Meanwhile, Estelle’s crowd doesn’t need a stinkin’ STORE to get their music. It’s much easier to log onto the computer, boot up iTunes, and click to have some instant gratification. But here’s where the miscalculation occurred…these folks also know where to find it illegally online, too. So not only was Warner losing out on over 100,000 downloads a week for a top 10 digital release, they also didn’t capture the full-length sales that they were hoping for, and multiple knock-off versions showed up on the charts, too. So, with tail tucked between their American legs, the single came back online this week, and promptly shot back up into the Top 10 at iTunes, which may be enough to take the song from #53 back into the Top 10 next week.

Is this the last time you’ll see this practice occur? Don’t count on it…the industry is hurting, and they’re going to try and milk every penny they can out of every release. So while you might not see this happen with a Rihanna or Pussycat Dolls, if someone like Jon Bon Jovi or Celine Dion were to somehow have a huge pop hit again, you can bet they’ll go for the Hail Mary (aka Kid Rock) pass to push CD sales.