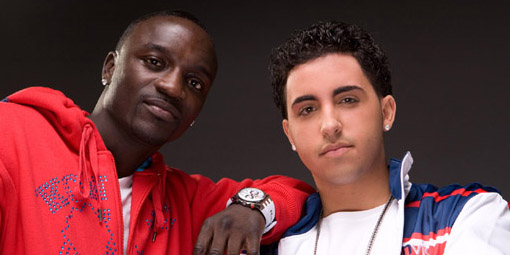 – Out of nowhere, Akon’s “Beautiful”, featuring Colby O’Donis and Kardinal Offishall, hits the iTunes singles chart at #3. I’m not sure what part of this is more surprising:

1) Akon’s CD is actually VERY good
2) “Beautiful” has the potential to be the biggest record of Akon’s career
3) Colby O’Donis has two of the top 3 songs at iTunes right now. Teen girls (and a few guys I know) squeal in unison.

Akon kept true to his word and went to the (European) club. While some of the record doesn’t exactly tread new ground, it pushes his range a bit, and I want to give props where they are due. Other highlight tracks include “Troublemaker” and “Keep You Much Longer”.

– Robyn’s “Dream On” is the free video of the week at iTunes here in the States. Check it out here. Does this mean that they’re going to actually give the album another push?

– For those of you with a taste for country music, please check out Country Universe. Kevin and his crew do a great job over there of really digging deep into the genre, and I really enjoy the discussion threads on the music and the industry. [Full disclosure…my post on Sad Christmas Songs, which had been kicking around my head, was pushed to the surface by Kevin’s post on the same thing.

– That didn’t take long! Adele is already thinking about record #2, and she’s going in some interesting directions. Per Billboard:

Adele describes the new material as “very different to the first record” and influenced by T-Bone Burnett-produced albums such as the “O Brother, Where Art Thou?” soundtrack and fellow Grammy nominees Robert Plant and Alison Krauss’ “Raising Sand.” “Obviously I don’t want to write a country record or a bluegrass record or anything like that,” Adele notes, “but the melodies, I think they’re the best in the world, so I’m gonna try and incorporate a lot of that.”

Very promising. Any time I see an artist willing to stretch out from their success to push boundaries, they get my whole-hearted support. Now, let’s see what the idea sounds like after it’s executed. I’m hoping to hear some of this new stuff when I see her live next month. Adele, if you’re listening…