A Tale of Two Record Stores

Saturday was an amazing day for me, as I got a ton of things done, got out and ran errands, and also embraced my inner geek by celebrating Record Store Day. A few folks have already blogged about it, but I wanted to provide my perspective from the ground. (Shock, I know. I never have opinions on the music industry.) 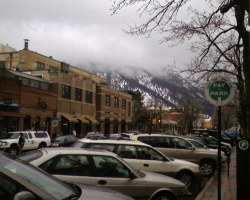 Store #1 was Bart’s CD Cellar, located in Boulder. You may recall that I mentioned them a few months ago during the Guns N Roses/Best Buy debacle (not by name, but have corrected that). Just getting there had been in question a few hours earlier, as we were still experiencing the tail end of a late-season snowstorm, but the snow turned into rain (ah, Dan Fogelberg) long enough to clear the slush from the roads, and I ventured up to Boulder. The store wasn’t exactly jamming, although there was a pretty steady stream of folks at the register. I’m thinking there would have been more folks if the weather had been a bit more hospitable, but who knows. Bart’s had sales galore (including buy 2, get the third free on used CDs and vinyl), giveaways, and live entertainment in the back of the store. I was fortunate enough to be there when Giddyup Kitty, a local bluegrass/country/folk trio, played, although there were bands scheduled every hour through the afternoon.

Bart’s does a great job of straddling the line between remaining independent and catering to the more mainstream audience that they need to stay in business. By being on the Pearl Street Mall, a lot of their traffic is from tourists just wandering through, so they have to at least have a smattering of the mainstream stuff, but their listening stations leaned toward the alternative and up-and-coming artists (including the Decemberists and Ida Maria, whose single is still available for free from iTunes through Monday night…blasphemy much?). They traffic in both new and used CDs, vinyl, tapes, DVDs, and games, and all sections had at least some activity. Saturday’s used CD and vinyl special had folks pouring through the vinyl bins like prospectors panning for gold upstairs, but my only find there was a book from Fred Bronson about the hottest Hot 100 singles from the Rock Era. All in all, I didn’t find much that I really needed, although I found a few discs in the used bin that somehow had disappeared from my collection. Having to buy at least one full-length new CD, I grabbed the Kings of Leon disc, whose singles “Sex on Fire” and “Use Somebody” have been in heavy rotation for me lately. 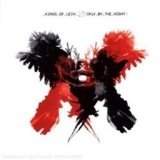 So there’s an independent that seems to be doing all the things they need to do. They have strong roots in the community that help as well, but how long can those roots serve them in an instant gratification society where iTunes and Amazon can be accessed 24/7? Tough to say…I hope they’re around a while, and don’t go the way of Virgin Records, which I visited Saturday evening. Talk about a shell of it’s former self. The back of the store was already cleared out, the listening stations were bare, and the remaining bins were probably 1/2 full at best.

Flipping through the CDs brought a mix of emotions to me, because I realize that it is time-consuming to just wander through the bins, but I also miss HAVING the time to just flip through the bins. There may be some nostalgia in all of this, but there’s also a loss of the tangible. Picking up an interesting CD that you’ve never heard before, reading the credits, maybe checking out the listening posts to hear some new stuff…it’s all part of a ritual, and we humans are drawn to them, whether we recognize it or not. “Record Store Day”, for all of its financial implications, is also about keeping a ritual alive, and I get that.

After 45 minutes of combing through some pretty well-picked-over CD bins, I grabbed more oldies in the forms of Rick Astley, Til Tuesday, and Mary Chapin Carpenter, along with the cast recording from “In the Heights”. Not a bad haul, and at $35, it was a good price, but at what cost? Another dedicated music store down the drain.