Looking Out for Number One 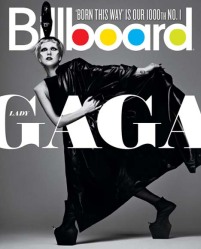 There was a lot of hoopla earlier this year over the fact that the Billboard Hot 100 saw its 1000th Number One record (Lady Gaga’s “Born This Way), but I have to admit I thought it would just be a passing footnote. Luckily, the folks over at Billboard thought otherwise and are currently marking that milestone with a video a day through the month of December talking to artists and producers about those hits.

Fun fact: Jimmy Jam and Terry Lewis, the dynamic duo behind Janet Jackson’s early success, didn’t have much interest in making “When I Think of You” a hit, but Janet’s brothers instantly saw its potential. Check out Jimmy’s description of that conversation below:

Other artists featured so far include Kelly Clarkson, Hanson, BoB and Def Leppard. I’m hoping they are able to hook up some stories going all the way back to the 50s, but it’s still a great concept even with the more contemporary songs they’ve featured so far.