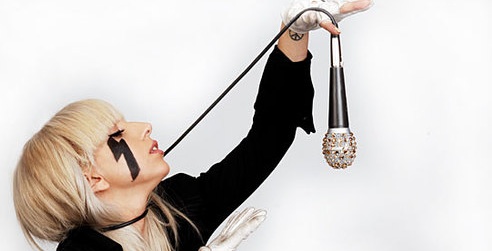 So pop music in 2008 was a mixed bag of trends. Every time you thought that something good was in the air, another annoying development would pop up. Here’s a brief list of some trends that drove me batty or gave me a glimmer of hope over the past 12 months.

Good: The Viral Spread of Music – All it takes is a teenage boy dancing to Beyonce to make a hit, right? 2008 reinforce the idea that the Internet can sometimes do what record company promotions departments fail to do: make a record a hit. No other record this year proves that more than “Just Dance”. The blogosphere kept that record alive much longer than any record company could ever hope to, and when the record company had their setup in place, the track took off like fireworks up the Pop chart.

Bad: Flooding the Market with Singles – Taylor Swift, I’m coming for you, and I’m packing a CD case and a restraining order. iTunes had so much luck with the Jonas Brothers in advancing tracks to their fans prior to the full-length release of “A Little Bit Longer” that the formula was rolled out for the likes of Fall Out Boy, Kanye West, and Ms Swift. By the time “Fearless” was released in November, six of her singles had debuted in the top 20 of the Hot 100, breaking the Jonas Brothers’ record of five debuts in one calendar year.

So what’s my beef? Well, I always talk about pop trends occurring in a more organic way. I enjoy watching the charts as a superstar releases THAT CD, and starts releasing singles. Each top 40, or top 20, or top 10 brings that artist closer to pop chart history, and the chart dork in me revels in that. The purist in me has huge issues with a label releasing a song a week from a CD that folks obviously want. By the time the full-length comes out, it’s only a few dollars more for the consumer to buy with iTunes’ “Complete My Album” program. But if that’s the case, shouldn’t all of the “singles” purchased be converted to the full-length, and their chart points taken away? Easier said than done…most of Taylor’s pre-release singles only lasted on the chart for one week, and were long gone by the time the CD debuted, making the reversal of points impossible. The label gets the press as each single is released, and then converts those into full-length sales on the day of release.

[NB – I realize that I’m the guy that rails against the status quo of the industry, and how folks need to think outside of the box in order to save the business. But come on…something stinks here, and it’s not just some of Taylor’s music.]

Good: The Quick Release of Hot Singles – Case in point, the new Leona Lewis single for “Run”, which is already up on iTunes, despite it being pretty clear that the record label here was going for at least one more single off the original US version of “Spirit”. Record companies have the flexibility to throw things up for public consumption with little lead time, and the consumer wins when that occurs. Think back to American Idol, and the demand for live versions of hot performances. By the following evening, those fans could have a professional-grade recording on their iPod, and I think everyone wins in that equation…

Bad: The Controlled Release of Hot Singles – …unless the record companies get greedy. My first post this year dealt with Kid Rock’s initial decision not to release any of his music digitally, and how that lead to copycat versions of “All Summer Long” getting as high as the top 20 on the Hot 100 and top 5 on iTunes. Estelle’s record company attempted to sell full-length CDs by yanking “American Boy” from iTunes, but the copycats struck again, and the CD treaded water the following week on the Billboard 200.

Good: Pet Shop Boys Get Respect – If I had mentioned Girls Aloud and Pet Shop Boys working together six months ago, most of you would have laughed yourselves into epileptic fits. Flash forward to November ’08, and the one track on the new GA CD getting universal respect is “The Loving Kind”, co-written by…the Pet Shop Boys. Add to that their work with the Killers on this year’s Christmas track, and their recognition for Outstanding Contribution to Music in February from the Brit Awards, and you have what’s shaping up to be a banner year for PSB. Now, if we could just get another hit record out of them here in the States.

Bad: Too Much of Too Few – What do these names have in common: T.I., Beyonce, T-Pain, Britney Spears, Ne-Yo, Lil Wayne, and Kanye West. Why, all of these folks had multiple top 10 hits at the same time during some point of 2008. While it’s great to maximize your promotional investment with concurrent singles focused on different demographics (Beyonce, that’s got your weave strands all over it), is it really healthy in the long run? I mean, remember when an album with six singles meant a two-year run on the Billboard 200? Now, six singles come out before the album is released (see Taylor Swift, above). On top of that, you add in all of the incestuous team-ups and collaborations, and it makes for a pretty boring chart. For example, at #26 this week is Ludacris co-starring T-Pain, and at #27 is T-Pain and Ludacris. Do I really need to go further with this?

I know there are other trends, but these are a few that came to my mind. What were you all loving or loathing? 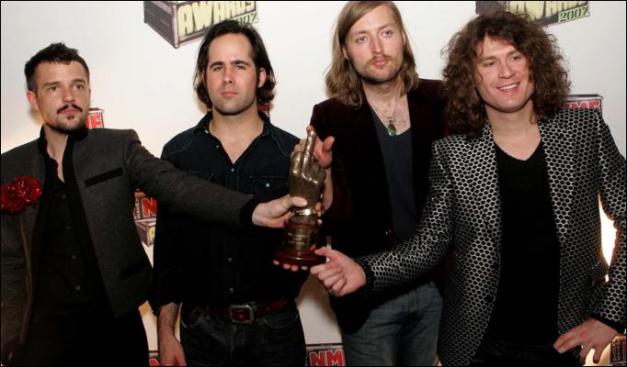 – Folks are buzzing about this week’s episode of Saturday Night Live, but it wasn’t necessarily a good buzz for the Killers. While the song “Human” is terrific as is, it just didn’t translate well to the small screen in a live setting. Brandon was all over the place energy-wise, and I really felt he had a weird David Byrne quality going on. “Spaceman”…now that was some weird ish.

– Oh, look! Kid Rock’s decided to go digital after all! He’s just signed a four-month exclusive with Rhapsody. That’s kind of like signing a vow of celibacy, and then becoming a Catholic priest. No one’s really taking you THAT seriously!

– Coldplay is releasing an EP on November 18th that features a re-recorded version of “Lost” with guest rap provided by Jay-Z. Six of the eight tracks are brand-new, with a remix of “Lovers In Japan” rounding out the set.

– T.I. now has two of the top 3 songs at iTunes, with his Rihanna duet “Live Your Life” at #1, and “Whatever You Like” at #3, along with three other songs in the Top 100. Sandwiched in between the top ones is P!nk, whose hit “So What’ has to be the number one song in the world at the moment. Right?