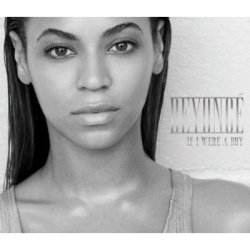 – No change at the top of the Hot 100 this week, with T.I. still holding the one-two punch of “Live Your Life” and “Whatever You Like”. The big change right behind it is Beyonce, who jumps back up to #3 with “If I Were A Boy”, picking up Greatest Sales Gainer honors. Between its natural growth this week, the release of “I Am…”, which should spur more sales next week, and “Whatever” beginning to descend the airplay charts, Sasha’s pretty likely to end T.I.’s monopoly next week.

Katy Perry slips down one spot to #4, but remains bulleted, primarily due to “Hot N Cold” knocking off P!nk, who rounds out the Hot 100 at #5, to take #1 on the Pop chart. Is that a Celebrity Death Match we’d all love to see, if for nothing other than to say “bring me the head of Katy Perry”, and then it actually HAPPENS? The other move within the top 10 is Kanye’s “Love Lockdown”, which re-enters at #9. 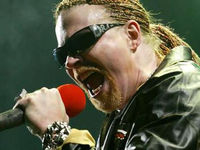 – Further down the Hot 100, it’s an active week for debuts, with album cuts from Taylor Swift and Nickleback mingling with legitimate singles by Keith Urban and Guns N Roses (in at #34). Yes, I said Guns N Roses. “Chinese Democracy” marks GNR’s first appearance on the Hot 100 in 14 years, when their cover of “Sympathy for the Devil” appeared on the “Interview with a Vampire” soundtrack. It also becomes their highest-charting single since “November Rain” hit #3 in 1991. Big movers include Carrie Underwood’s “Just a Dream”, up from 43 to 29, and T-Pain Featuring Ludacris with “Chopped ‘N’ Skrewed”, taking a huge leap from 62 to 39.

– Over on the Billboard 200, there are plenty of debuts in the Top 20 to report. Taylor Swift leads the pack with “Fearless”, selling over 592,000 units to grab the biggest-selling week for a country release so far this week. David Archuleta comes in at #2, selling a pretty impressive 188,00 units, followed by Now 29 at #3, T-Pain at #4, a strong debut for Enya’s holiday collection at #8, and a #13 start for Seal’s “Soul”, which I honestly wouldn’t have predicted. Goes to show that any artist with a decent voice can release a collection of standards and make some moolah (see Rod Stewart, Barry Mannilow, Donny Osmond, Pat Boone, etc). Further down the chart, the Smiths make their 1st appearance on the album chart since ’92 with “The Sound of the Smiths”. Check out Chart Rigger for all the details on that stellar collection.