If I Could Fly, I’d Lift You Up 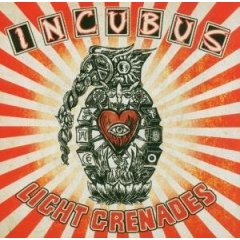 Caught a mention in Billboard this morning about Incubus’s latest hit “Love Hurts”, which got me to thinking about records over the years that have become hits well after their expected shelf life. It’s not unusual for a radio station to start playing an album cut that they think is a hit, and then have other stations follow until the record becomes a nationwide smash. “Love” started getting play on KROQ LA almost two years after the release of the full-length CD, and now stands at #8 on the Modern Rock chart. 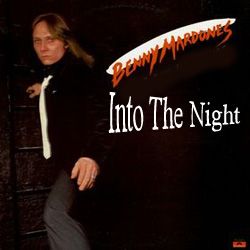 One of my favorite stories that falls into this mold is Benny Mardones’s “Into the Night”. Benny’s song first hit the Pop charts in 1980, climbing all the way to #11. While born and raised in Cleveland, Benny has to this day a huge following in Syracuse, which happens to be my hometown. After “Night” peaked, in many parts of the country the song faded into obscurity. However, it never left the airwaves in Syracuse, and was about as powerful a recurrent record as a radio station could hope for. Jump ahead eight years, and the story gets even more interesting. According to Wikipedia,

In 1989, KZZP, a radio station in Arizona, ran a segment titled “Where Are They Now?” The most popular question was, ‘Whatever happened to the guy who sang “Into the Night?”‘ Scott Shannon, then program director for Pirate Radio in Los Angeles, added “Into the Night” to its playlist. Radio stations across the country followed suit and “Into the Night” was once again a hit.

In fact, the song reached #20 in its second run. Not bad for a 9 year old song, eh? Even more impressive is that it set the record for the longest-charting single of the 1980’s for a solo artist at 37 weeks, nudging out Laura Branigan’s “Gloria” for that distinction.

This guy is such a trooper. Despite suffering from Parkinson’s Disease, and having some physical limitations, he attempts to make it back to Syracuse every year to perform, and “Into the Night” brings the crowd to their feet every time. Benny never had another hit, despite being signed to Curb Records and releasing an album during the song’s second run up the charts. How many artists can say they have multiple footnotes in Pop Music history, though?