You Took Something Perfect 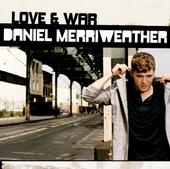 So Daniel Merriweather’s got a second hit this weekend as a solo artist with “Red”, which is a precursor to his full-length Love & War, due June 1st. I’m pleased to see this, and also a bit surprised. “Change” came in at #8, and given all of the hype that had surrounded the guy, it was seen by some as a bit of a disappointment. As ww_adh noted today, it’s rare when a new singer’s second single posts growth over the first. Having said that, the Saturdays come to mind, as each of their successive singles have had a higher peak, and their profile continues to grow. At this point, they’ve had more Top 10 hits off of their debut than Girls Aloud had off their current CD. But I digress.

I was in an Apple Store the other day, and “Stop Me”, the track Daniel sang for Mark Ronson, came on the sound system. One of the “geniuses” behind the counter stopped dead in his tracks and said he’d heard the song once before, and had to know who sang it. Being the dork I am, I rattled off the details, and the fact that the singer was about to release his debut in England. They all moved away from me there at the counter, but not before they all got into the track. I’m hoping that Love & War does well enough elsewhere that it gets a proper release here in the US (rumor has it that it will be released). The CD doesn’t sound like a game-changer, but it’s a solid debut effort, and highlights like “Red” show much promise.

There’s something about Daniel’s voice that pulls you in and lets your own experience breathe in the space between the lyrics. Even on a track like “Change”, which is a bit formulaic, his delivery allows you to forget multiple weaknesses within the song structure or production. Probably one of my strongest associations with Daniel is a blog post from adem with an e, who was dealing with a personal, painful situation, and found that “Stop Me” fit the mood perfectly. Once again, here is the power of a song; holding associations, and helping release pent-up emotions that we may not have even known were buried.

7 comments on “You Took Something Perfect”