Hey all…I know the silence has been deafening around here, but I promise you that I haven’t been living the life of luxury these past few weeks. In fact, it’s been a pretty busy time for me writing for about.com. While I do still plan on posting more personal items here, my main gig at the moment is providing content of a more Adult Pop nature. Here are a few of the posts I’ve recently written:

An Interview with Wilson Phillips

As I joked yesterday, I don’t know where I go but down after interviewing Amy and the ladies of Wilson Phillips, but it has been a blast so far. Hope you all are doing well, and that the holiday season is one for recharging and relaxing. There’s too much hustle and bustle the rest of the year to waste such a great time of the year running yourself ragged. Make sure you check out Paul’s list of new Christmas music, and also take a listen to one of my favorite solo Amy tracks, “Bus Bus.”

– It looks like Michael Buble has shown enough longevity with “Haven’t Met You Yet” at Adult Contemporary and Adult Top 40 formats that the single is now being officially worked to Top 40 radio now. Are songs like this and Lady Antebellum’s “Need You Now” a sign that the pop format might actually be expanding a bit? Or are these just abberations used to break up the constant Autotune action?

– Speaking of Lady Antebellum, I have heard the full-length several times, and while a review is on the way, I am now able to say that the CD lives up to the promise of its first single. I am loving “Hello World” at the moment. 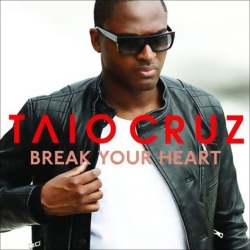 – A few months ago, I looked at the chances of a couple of male UK acts in the US, and decided that Taio Cruz stood the best chance. Well, Island/Def Jam must have thought the same, because “Break Your Heart” is officially stateside now. In fact, you can get a free copy of the Wideboys Mix, which includes Ludacris to warm up the crowd, via Masterbeat.com. Just head on over, register for an account if you don’t have it already, and download away. You will get a total of six tracks for free, including current and recent club hits by Rhianna (“Hard”), Mariah (“Obsessed”), Noisettes (“Don’t Upset the Rhythm”), The Bravery (“Time Won’t Let Me Go”), and Utada (“Dirty Desire”). If you go digging, you might also be able to find a free version of Madonna’s “Celebration”.

– Now that I’m on Twitter (@ConstantLearnin), I’m getting to see what I’ve been missing out on. While there are things about Twitter that drive me nutty (do I need to know that you’re watching “King of Queens”?), when used in a good context, it is a great way for an up-and-coming artist to build buzz for themselves. Courtesy of @PopMuse, here’s a sample of a new track from Chris that must be a result of this studio marathon that he’s been tweeting about at @ImChrisRich.

In searching for more info on this, I also came across an interview and free download that he did for *cough*Wal-Mart*choke*. “Floating Off the Ground” definitely fits into the current pop landscape, although trying to break through without a major label behind you can be tough. Just ask Elliot Yamin about that one. I’ve listened to the track about 10 times over the past two days, and it has me intrigued about the rest of his long-delayed new record, which is now supposed to be released in 2010. Get your guilt-free download of the song here (signup necessary to download). You can also check out the tune in the video posted below. I read somewhere that this is his new single, but I can’t believe that he would be giving away a single that he actually hopes gets him some chart action.

– One song that is showing a little bit of legs and has slowly grown on me is Michael Buble’s “Haven’t Met You Yet”, which has already been a top 5 hit in the UK. “Haven’t” is bulleted at #57 on the Hot 100, along with being top 5 at Adult Contemporary and top 30 on the Adult Top 40 chart. While it’s been pushed by appearances on Dancing with the Stars and Oprah, the song is a solid straight-ahead pop song without any gimmicks that you just don’t hear on the radio all that much, and deserves to be a hit.

Having said all of this, his record company has already announced that they are planning a re-issue of Crazy Love, which was only released 7 weeks ago. While I am glad that the record company is behind him, this re-issue craze is just getting out of hand. Here’s hoping that Lady GaGa is able to show the industry next week that a brand-new album is a better value to the consumer than just the same 10 tracks with a few new ones thrown in for good measure.

– I am pretty thrilled that after 19 months on the charts, Lady Antebellum is getting their moment to shine on the larger pop stage. Following their triumph at the Country Music Awards on the 11th, their self-titled debut bounds back up the Billboard 200 to #11, and their current single “Need You Now”, from the album of the same name due January 26th, leaps all the way up to #5 on the Hot 100 and #1 on the Country singles chart.

For those of you who are unfamiliar, the members of Lady Antebellum have some serious music business roots. Hillary Scott is the daughter of Linda Davis, who is most well-known from her duet with Reba McEntire on the original version of “Does He Love You”, and Charles Kelley is the brother of pop singer Josh Kelley. In fact, Josh actually helped the band out early on by letting them crash at his place and use his recording equipment as they were pursuing a recording contract. “Need You Now” is only their fourth single, but it is already their second Country #1. Look for them to partake in some Sugarland-like domination over the next few years.